SPAG (SPace Action Game) is a fast-paced arcade game that was developed by a student workgroup at the RWTH computer graphics chair. The game was presented at the Gamescom trade fair in 2012. 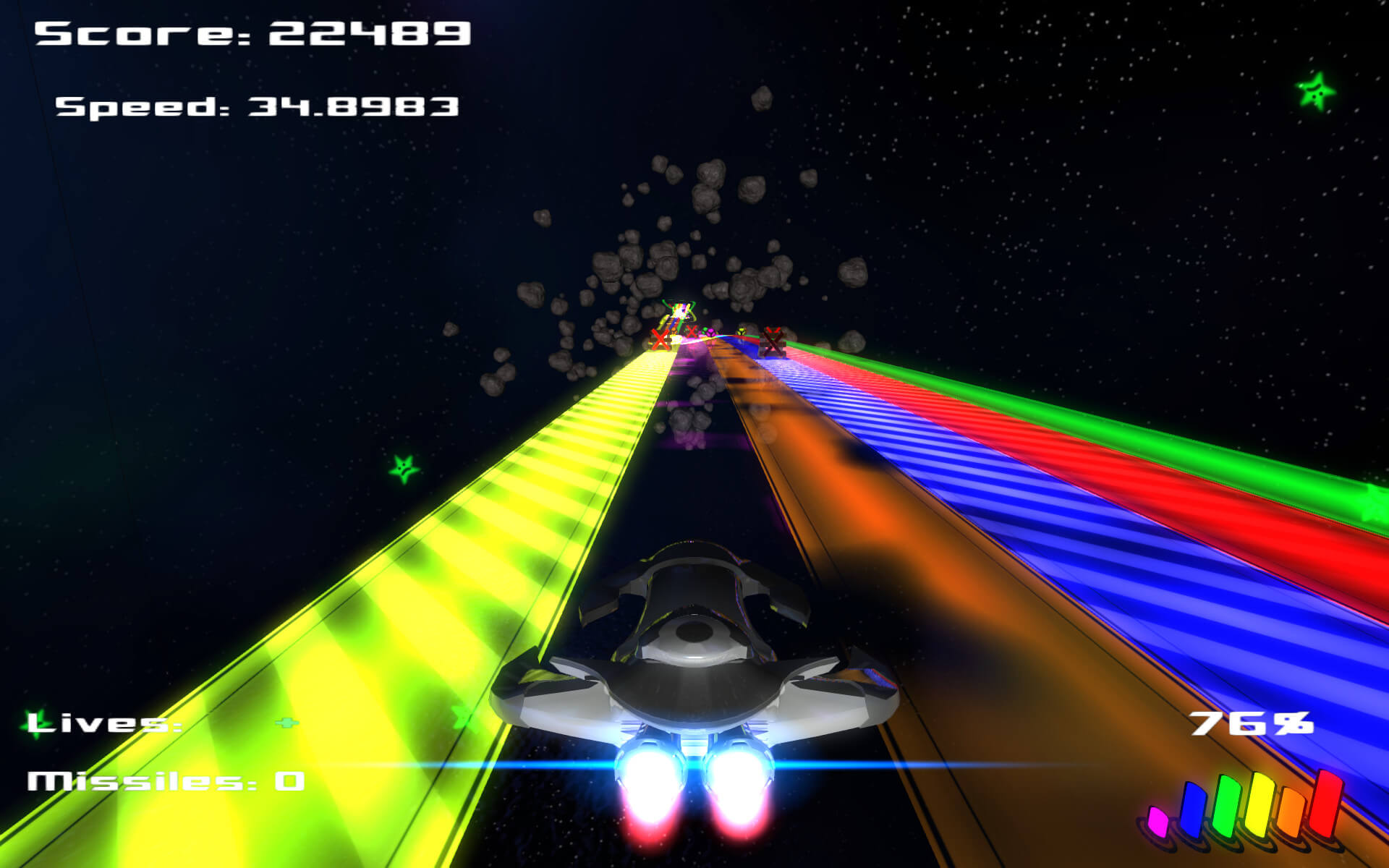 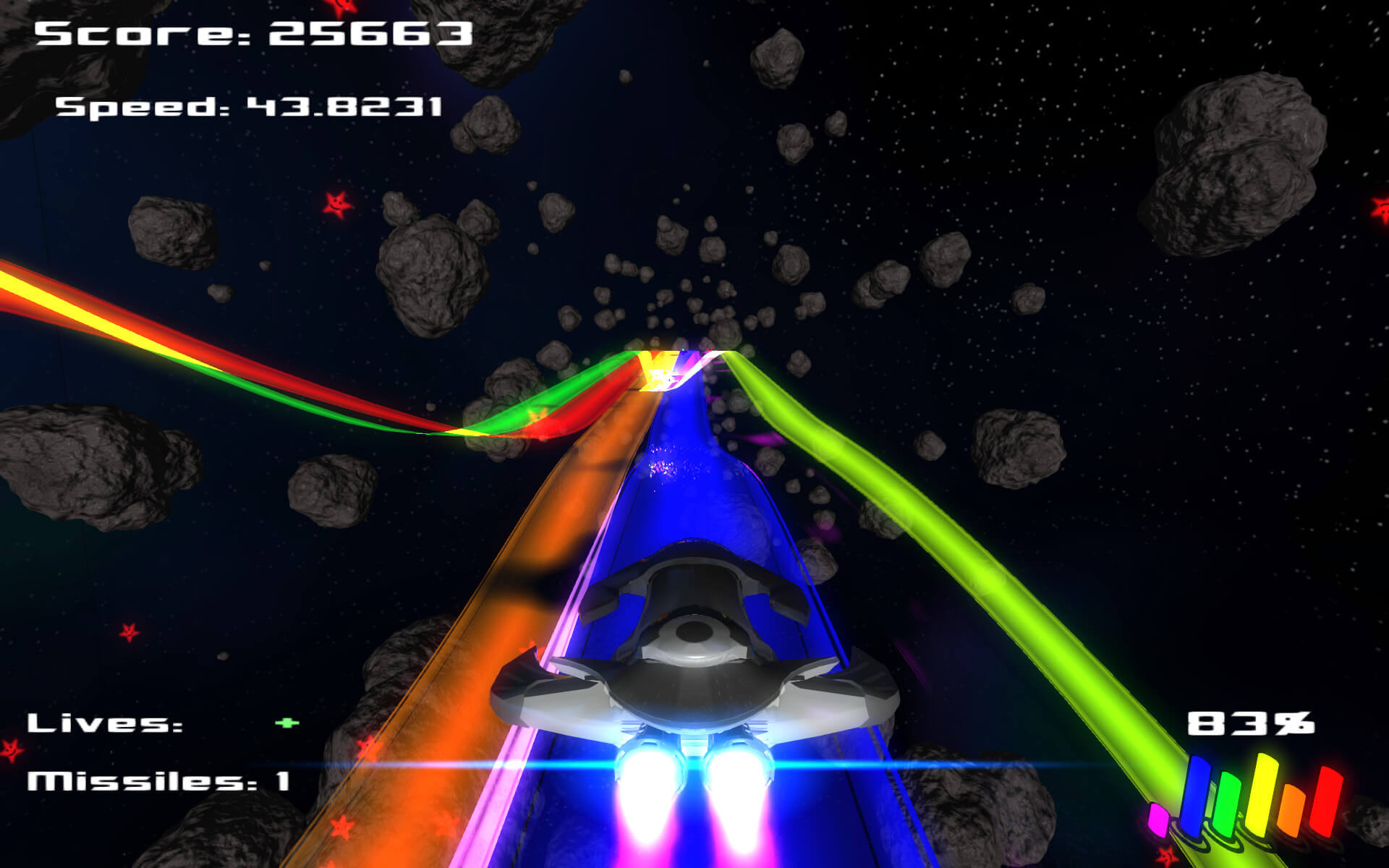 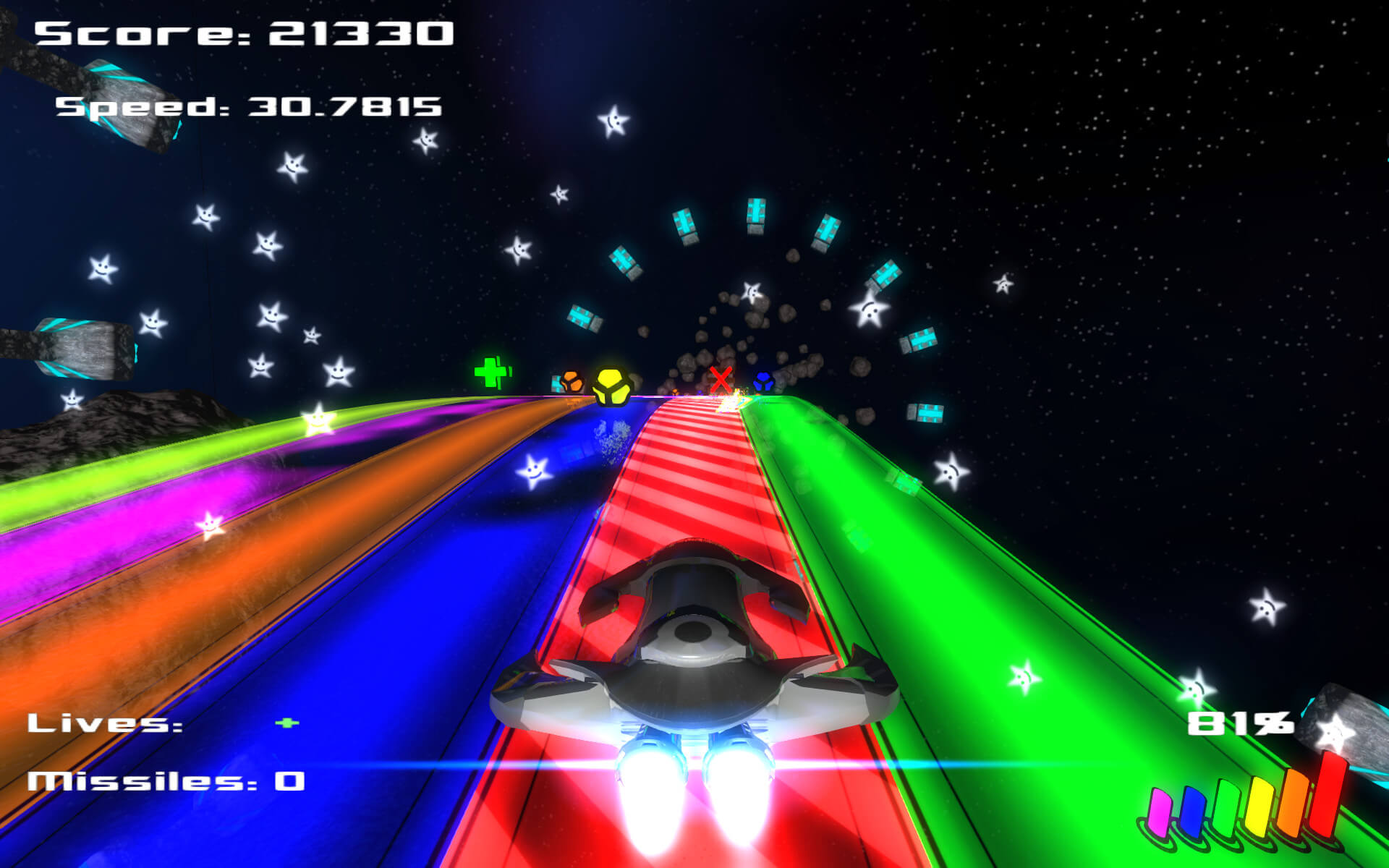 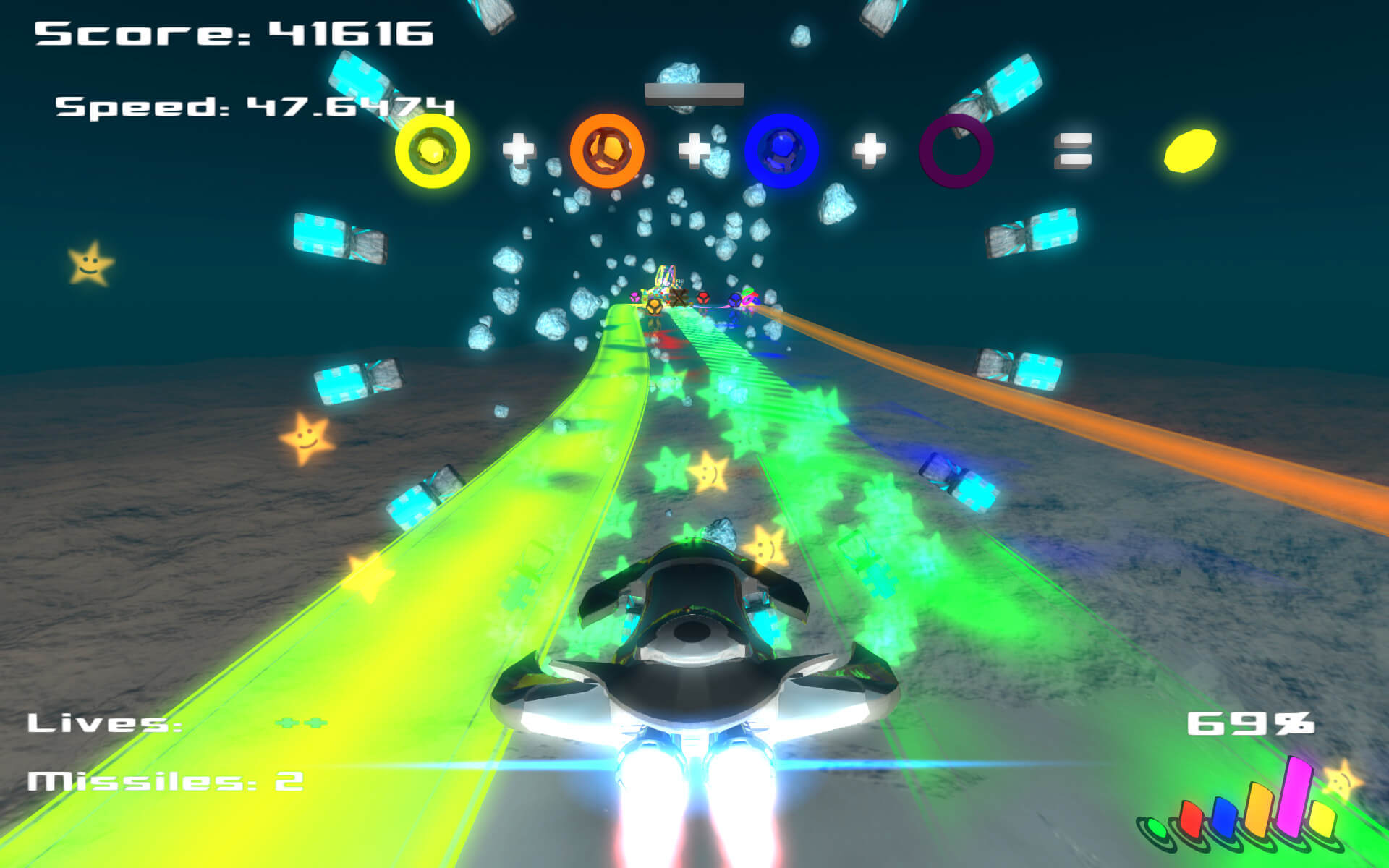 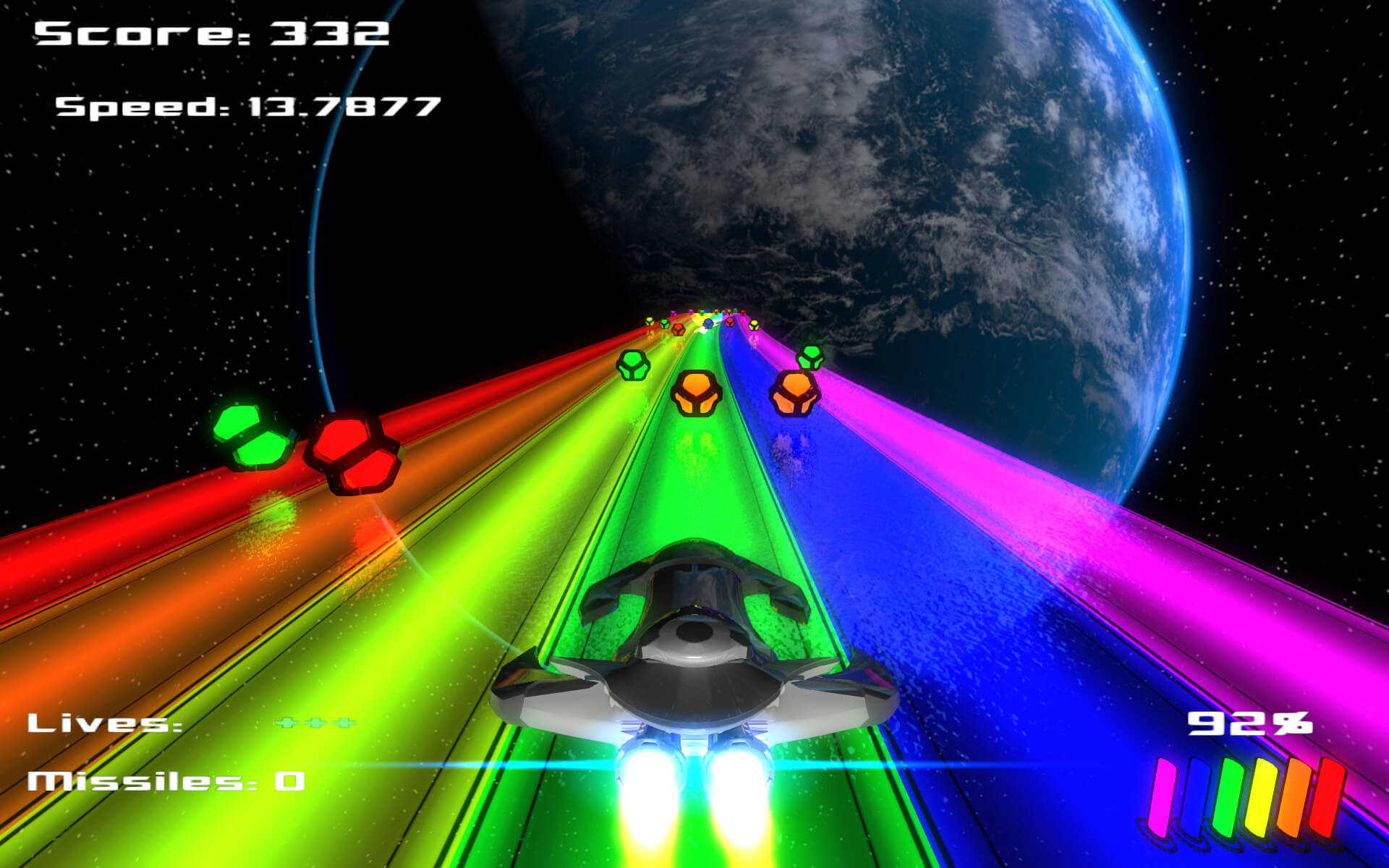 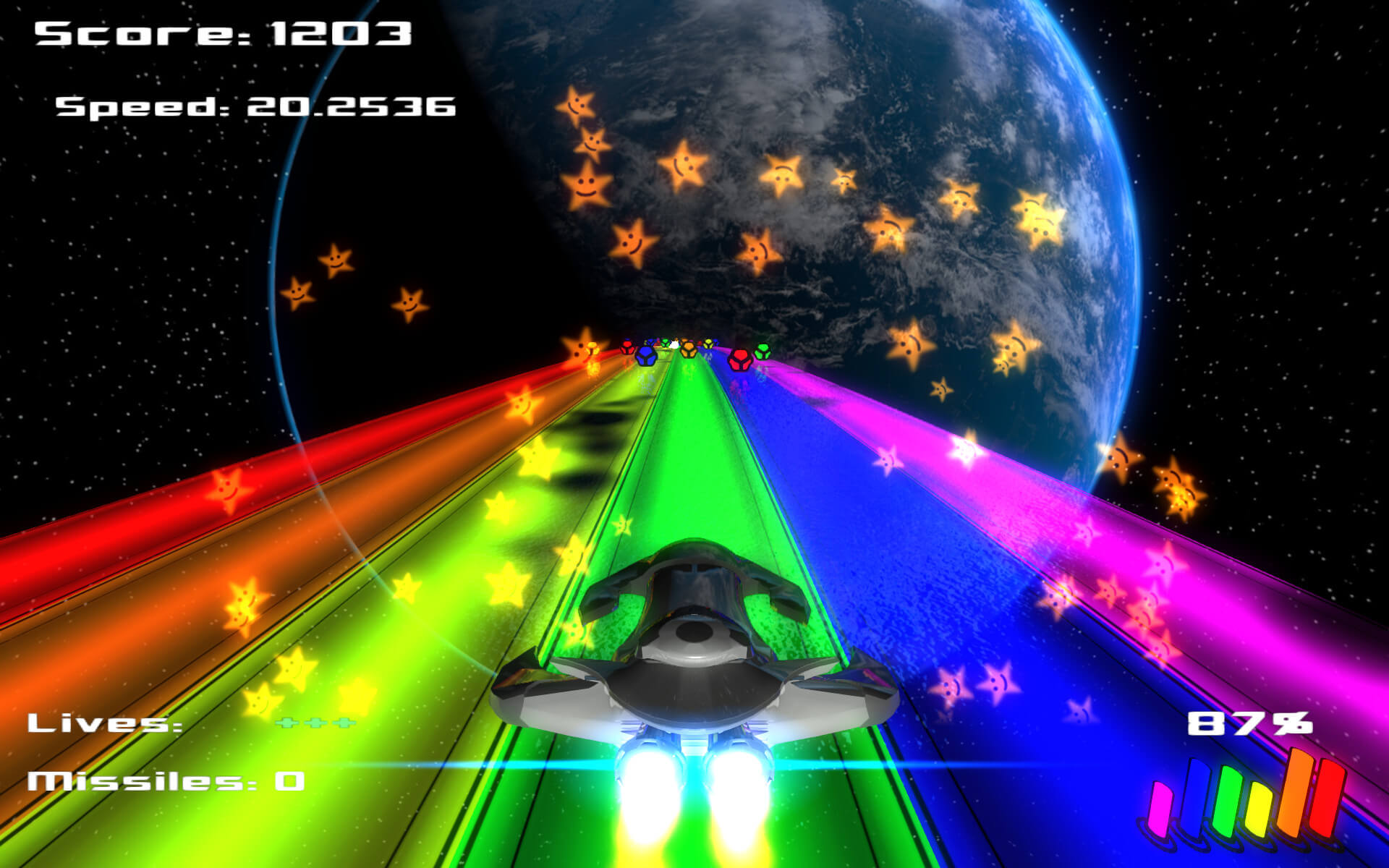 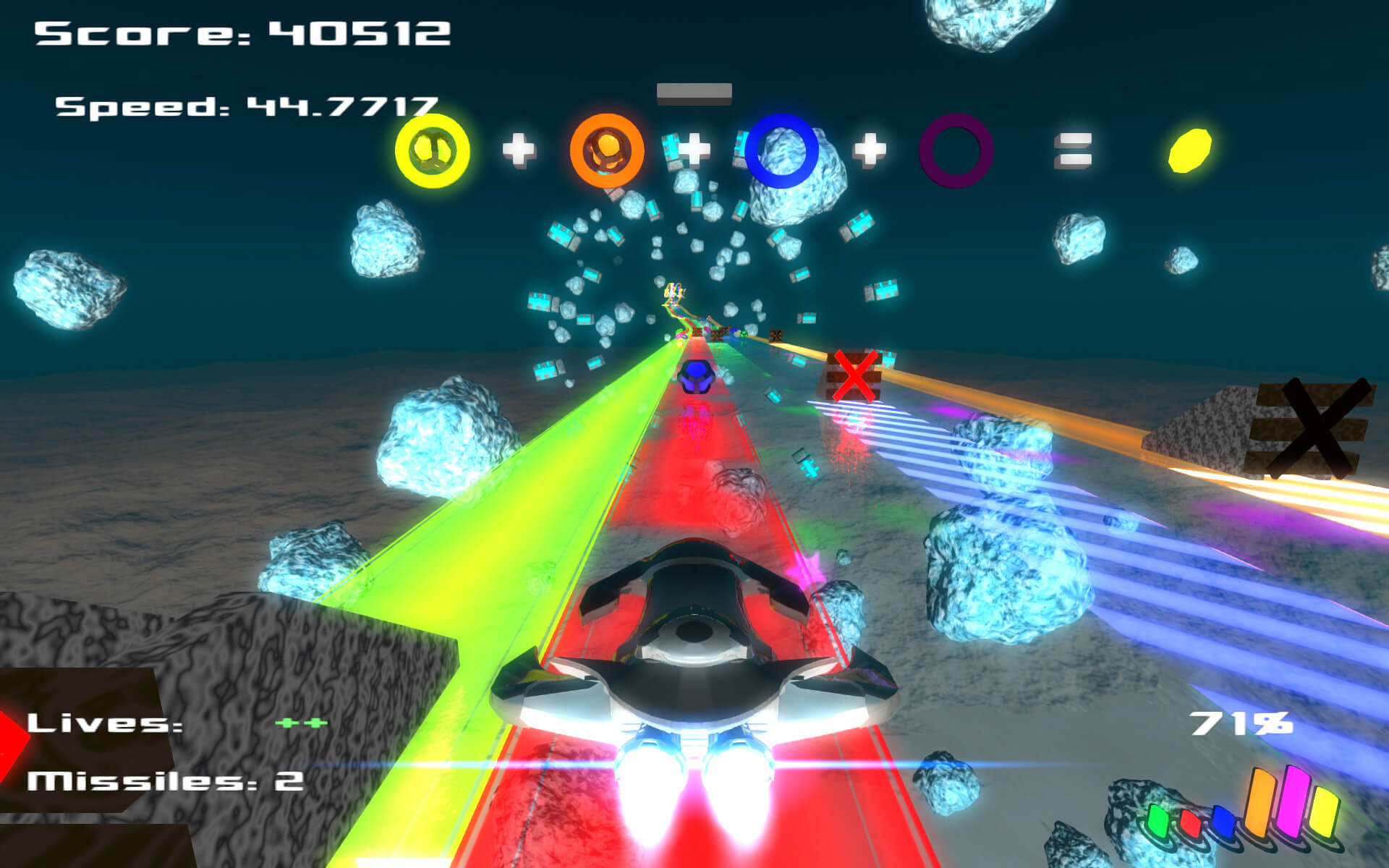 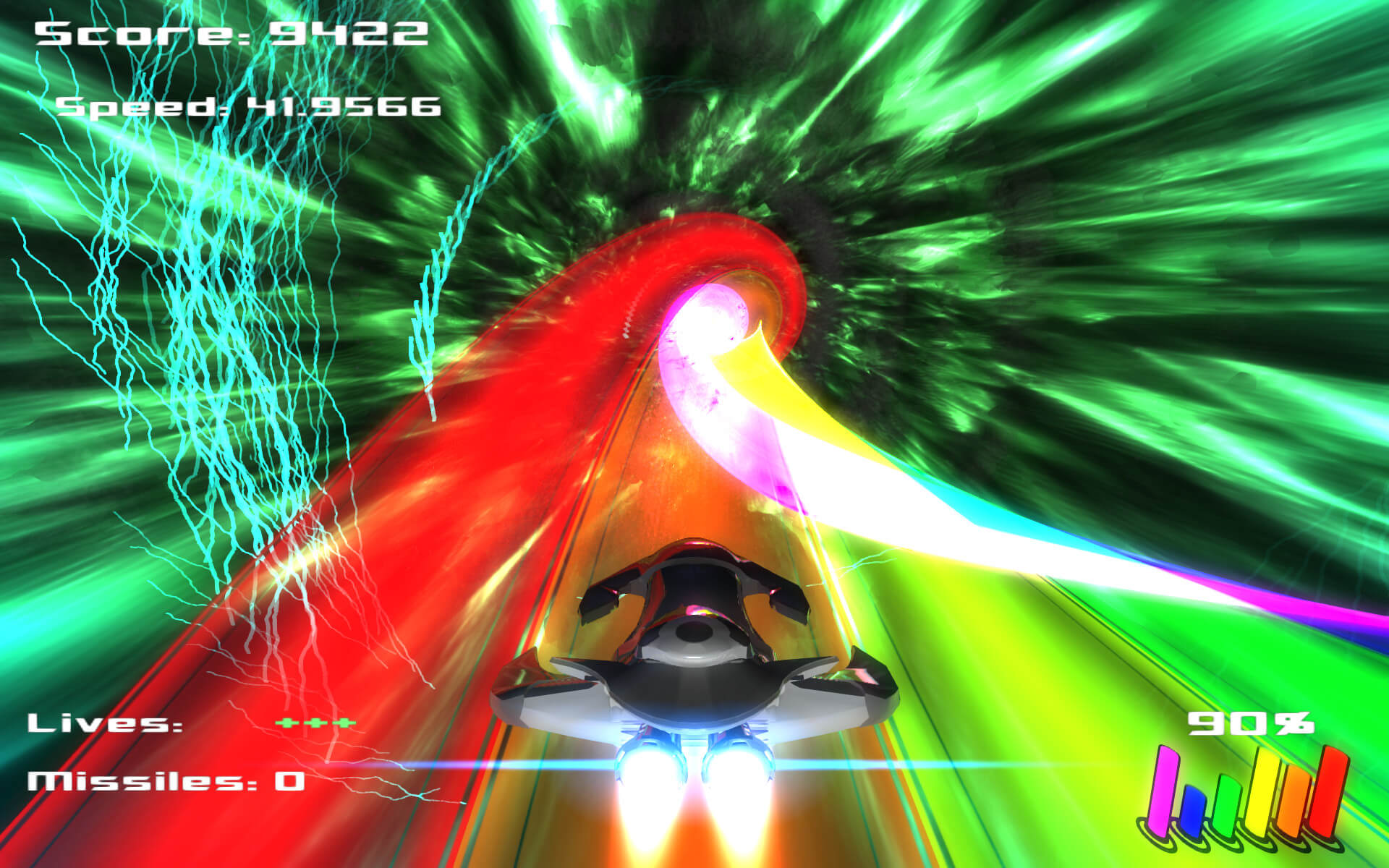 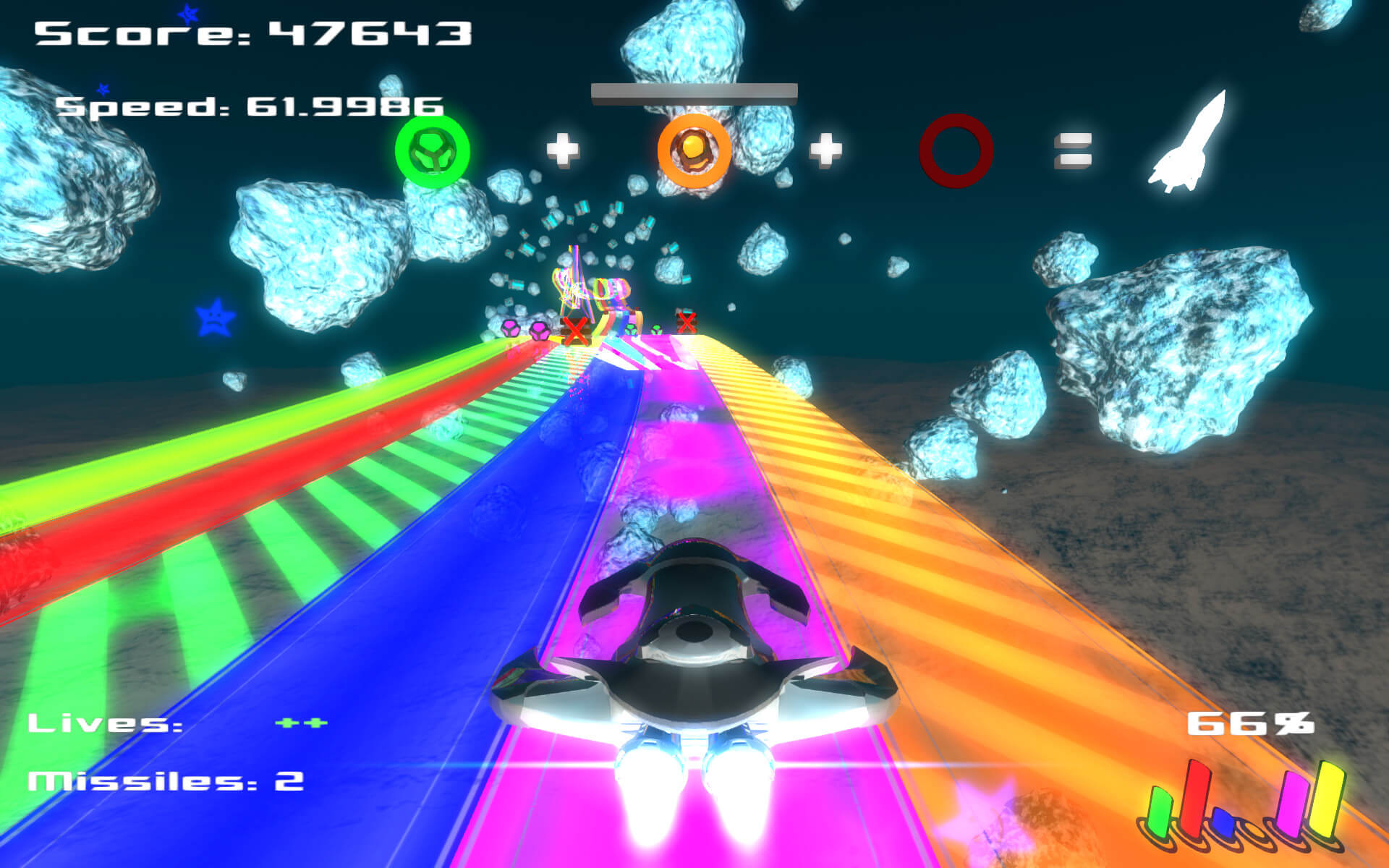 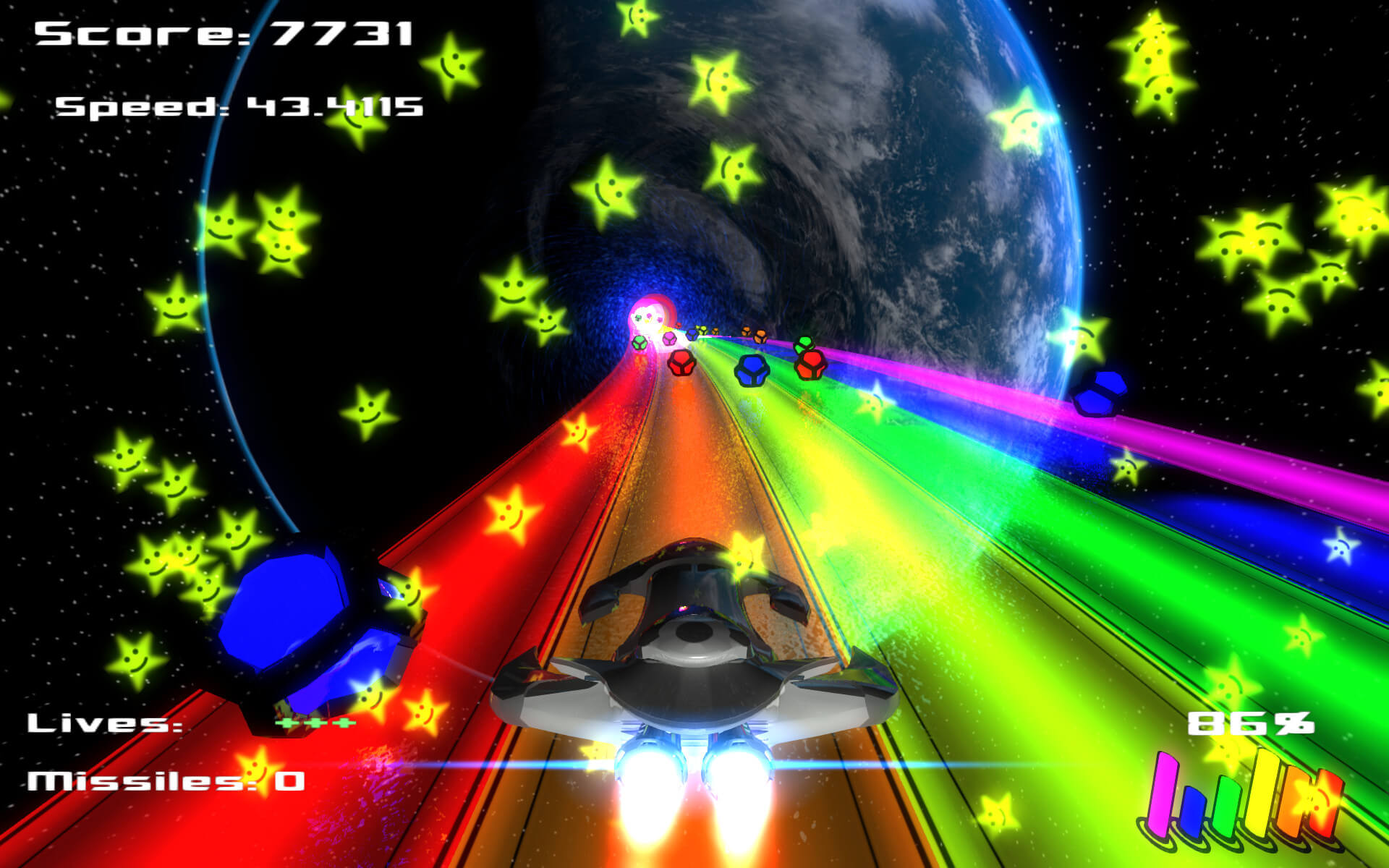 The goal of the student workgroup was to develop a game for the Gamescom trade fair. This had implications on the game design: Visitors would stop by on our booth to play the game. They should not have any issues understanding the game, but the game should also be so hard that most of them would lose the game after a short while so that other visitors could play it.

This was a huge success; the game attracted a large number of players. Many of them came back multiple times to improve their high score.

The primary goal was the creation of a game that is fun to play. Another goal was to become familiar with graphics rendering techniques and to study the theory behind them. This is why no off-the-shelf engine or rendering library was used. Instead, the game is written in C++, using basic OpenGL calls. The tracks are created as Bézier splines and converted from a line strip to polygons in the geometry shader. The implemented rendering effects include:

When the game was finished and presented on the Gamescom 2012, we decided to do a commercial project next and founded the Upvoid startup. This undertaking resulted in the development of GeoMechanic.